Seven out of ten Emirati respondents cited bonding and reconnecting as a family as their favourite element of family holidays.

In fact, Abu Dhabi and Dubai ranked bonding and reconnecting as a family as a priority of a family holiday (63 per cent and 58 per cent respectively), whereas those respondents in Sharjah favoured ‘taking a break from work/school routine’ as an attractive element of taking a family holiday (68 per cent).

A new summer survey from Yas Island Abu Dhabi claims that 84 per cent of parents said their children were the biggest influencing factor on their holiday.

More than 2,000 children (aged 7-14) and their parents were surveyed across six countries in the GCC, Europe and Asia by Yas Island.

According to the survey, the top three activities for children are travelling somewhere new (30 per cent), waterparks (27 per cent) and theme parks (25 per cent).

When planning summer holidays, 47 per cent of the parents said their top concern was finding a family-friendly destination. This survey also indicated that what really matters most to both children and their parents was spending quality time together.

An exclusive study from Celebrity Cruises analyses the impacts of childhood travel after surveying over 1,000 Americans on their experiences and perceptions of travel, both in their youth and later in life.

“Direct experience of other cultures can transcend anything learned in a classroom, while family bonds can strengthen on the road. But those who go abroad as kids may also receive an entirely different gift – a lifelong love of travel,” says the report. “Respondents who travelled internationally as children were more inclined to take trips as adults: they reported 3.3 leisure trips each year, on average, as opposed to 2.2 trips for those who had not gone abroad in their youth.”

Additionally, people who had travelled abroad as children were three times more likely to have visited another country in 2018. This finding suggests that international travel in childhood creates a yearning for more adventures in other countries, but other factors could also influence this dynamic. For example, if one has family in other countries, that connection would justify trips abroad in both childhood and adulthood.

Which parts of the journey do these frequent travellers particularly enjoy? Various novel experiences, from taking in other cultures to experimenting with unfamiliar cuisines. This result shows that early exposure to foreign cultures could lead to positive risk-taking in adulthood. 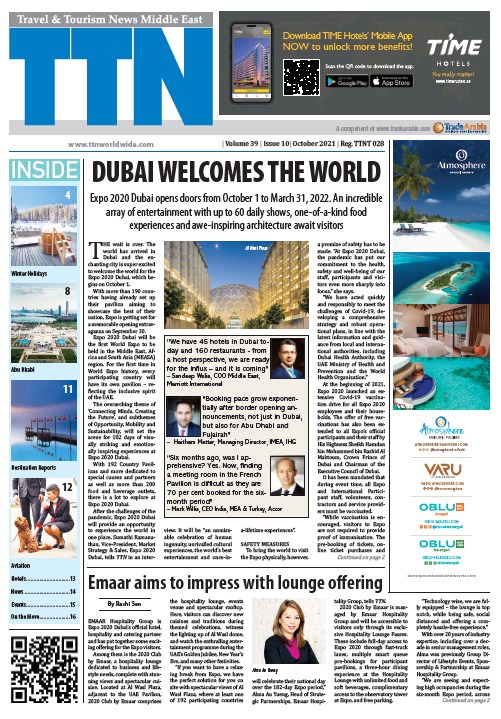